Â· How to reduce logistics costs? Is the network management too strict? Ministry of Communications response

â€œWhat are the contents of the 13th Five-Year Plan for the transportation system? How to reduce the logistics cost in the future? Is the management of the local network too strict? Is the money for the cruise taxi gradually cancelled? How do you view the problems of the rapid development of shared bicycles?â€ February 27 On the same day, Li Xiaopeng, Minister of Transportation, and Liu Xiaoming, Vice Minister of the Ministry of Transport attended the press conference of the State Council, introduced the situation of structural reforms on the supply side of transportation, and responded to hot topics of concern to the public.
Key words: 13th Five-Year Investment will reach 15 trillion, and high-speed rail operation mileage will increase by 11,000 km <br> Li Xiaopeng said that the Ministry of Transport and the National Development and Reform Commission jointly prepared the "13th Five-Year Plan" modern comprehensive transportation system development plan "The State Council has approved the issuance. The "Planning" has carried out a comprehensive and systematic deployment of the structural reforms on the supply side.
According to the "Planning", during the "13th Five-Year Plan" period, the total investment scale of transportation will reach 15 trillion yuan, including 3.5 trillion yuan for railways, 7.8 trillion yuan for highways, 0.65 trillion for civil aviation and 0.5 trillion for water transportation.
By the end of 2016, the total mileage of China's railway operations reached 1.24 million kilometers, including 22,000 kilometers of high-speed railways, with a mileage of 4,690,400 kilometers, including 130,000 kilometers of expressways and 127,100 kilometers of inland waterways; There are 18,417 berths, including 2,221 berths above 10,000 tons; 218 civil aviation airports; and 194,000 postal outlets.
Li Xiaopeng said that it is estimated that after the "13th Five-Year Plan" efforts, the total mileage of railway operations will increase by about 30,000 kilometers, of which high-speed rail will increase by 11,000 kilometers; roads will increase by about 320,000 kilometers, of which highways will increase by about 30,000 kilometers; The number of dock berths has increased by more than 300; the number of civil aviation airports has increased by more than 50. 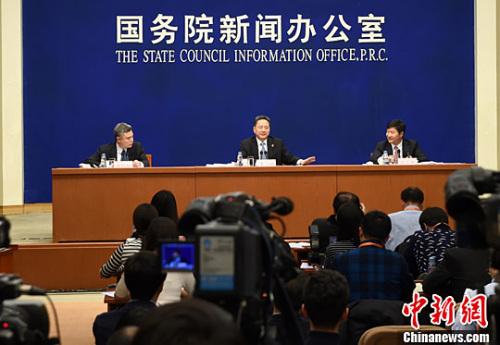 On February 27th, the State Council Information Office held a press conference in Beijing. Minister of Transportation Li Xiaopeng (middle) introduced the situation concerning the structural reform of the supply side of transportation and answered questions from reporters. China news agency reporter Zhang Qinshe <br> Keywords: logistics costs continue to strive to reduce costs, lower and lower 40-50 billion in 2017 <br> to the question of how to reduce logistics costs of public concern, Li Xiaopeng said, according to incomplete statistics, In 2016, the road and waterway achieved a total cost reduction of 36.5 billion yuan. In 2017, we will increase our efforts and strive to continue to reduce costs, which will reduce the logistics cost by 40-500 billion yuan.
Li Xiaopeng also said that the structural reform of the transportation supply side has three key points: The first is to reduce costs. It is necessary to smooth the logistics channel, build an integrated transportation hub, develop multimodal transport, and improve logistics efficiency. The second is to reduce institutional transaction costs, reduce service transaction costs, and promote cost reduction. It is necessary to promote enterprises to strengthen management, improve efficiency, improve efficiency, and open up silos of information to achieve information sharing. In addition, we must encourage the development of new fields and new formats such as "Internet + Transportation". Through these measures, logistics can be effectively reduced.
Second, make up the short board of infrastructure. We will continue to increase investment in fixed assets, strengthen rural road construction, strengthen poverty alleviation through poverty alleviation, focus on poverty-stricken areas, and vigorously promote the construction of hardened roads in towns and villages, and strive to achieve all qualified villages by 2019. Hardened road.
Third, make up the short board of services. The first is to supplement the shortcomings of government services, mainly to simplify administration, strengthen services, and improve supervision. The second is to supplement the shortcomings of transportation services, mainly to improve the quality of supply. We will focus on supporting the construction of 50 urban and rural transportation and transportation demonstration counties, building and transforming service areas for 400 ordinary national and provincial trunk highways, creating a number of outstanding tourist scenic road demonstration projects, and building a number of road and water transport quality demonstrations. engineering. 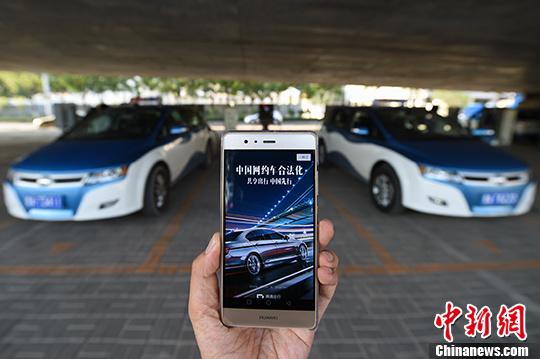 Keywords: network around the car management is too strict? Reform is a gradual process <br> In July last year, the national level issued the "Guiding Opinions on Deepening Reform and Promoting the Healthy Development of the Taxi Industry" and the "Interim Measures for the Administration of Network Appointment of Taxi Operating Services", these two documents. The top-level design of the taxi reform was constructed. The reform involving the network car is mainly to meet the requirements for the service and safety management of the network car.
For the on-site media "network management, the implementation rules of the localities have been too strict". Li Xiaopeng said that local governments should be encouraged to combine local conditions with the legal procedures, adapt to local conditions, and promote the deepening reform of the taxi industry. Net car is a new thing, reform is a gradual process, all parties must work together. In the next step, the Ministry of Transport will also follow closely, and will also gather ideas and constantly summarize, improve and improve.
According to Li Xiaopeng, so far, 66 city people's governments in the country have introduced detailed measures, and 127 city people's government documents are openly seeking opinions from all sectors of society. Both the documents that have already been issued and the documents that are being solicited are within the framework of the national policy. The people's governments of all cities have introduced specific management policies in light of the actual conditions of the city. Of course, there may be some stricter ones and some more open ones, but they are all combined with reality. 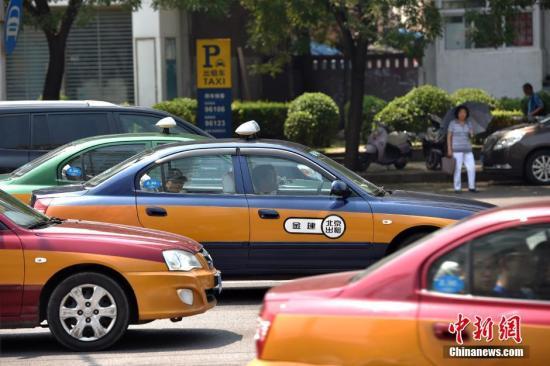 Data map: Cruise taxi. Zhongxin.com reporter Jin Shuo's key words: money <br> Promote joint consultation and reasonably determine the contract fee. â€œThe money is a way of business. If it is closed, it may generate huge profits. If it is reasonable, the industry will Healthy development; lowering the industry, the development of the industry is difficult to sustain. Therefore, the key is how to determine the money." Liu Xiaoming said that the reforms clarified the period limit and no compensation for the operating rights of taxis. All localities are constantly advancing in accordance with the requirements of relevant documents. From last year to now, some cities have cancelled the use fees for operating rights, which has reduced contracting funds to a certain extent.
Liu Xiaoming said that taxi drivers, trade unions, enterprises and industry associations are encouraged to negotiate and determine the contract fees reasonably. Now that there is the Internet to understand the operation of the entire taxi, we encourage enterprises to better realize the sharing of benefits and risks in the operation process of drivers and enterprises through the technology of the Internet.
Li Xiaopeng added, "Taxi reform includes the parade and the network car involving the vital interests of the people. Therefore, we must pay close attention to it, do a good job in investigation and research, continue to summarize and improve, and conduct timely evaluation. At a certain stage, we will make a decision and conduct an assessment." 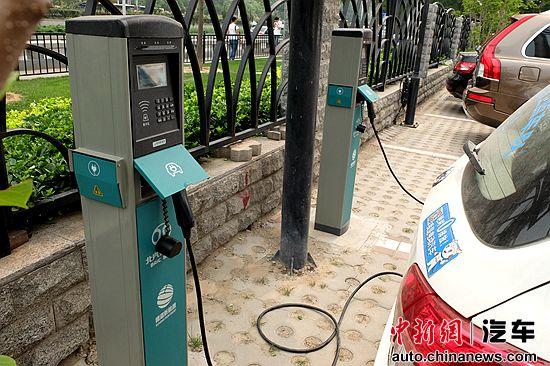 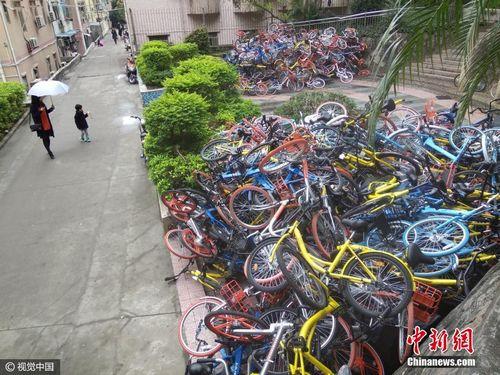 Keywords: shared bicycles should be actively encouraged and supported. <br> Li Xiaopeng said that sharing bicycles is a model innovation of the urban slow-moving system, and in fact is also an implementation of "Internet + transportation". It has been particularly effective in solving the problem of the â€œlast mileâ€ of travel and has been warmly welcomed by the people. We should actively encourage and support.
In the past year, the rapid development of shared bicycles, as well as illegal parking, deliberate destruction, and inadequate service maintenance have also arisen. Recently, there is a view that sharing bicycles is a "sightedness mirror" of public quality, and some people say that it is a "microscope" of public management.
Li Xiaopeng believes that since the emergence of shared bicycles, the overall development is good. To solve the problems in the development of shared bicycles, we need to work together in many ways. First of all, on the government side, government departments should take the initiative, plan ahead, create conditions, strengthen supervision, and promote new things to develop better. Second, operating companies must abide by the relevant regulations of the city, follow market rules, and assume management responsibilities, especially to do offline services, keep integrity, and improve service levels. Third, users must also enhance their awareness of civilization, abide by traffic laws, abide by social ethics, and maintain the order of shared bicycles.