Does the overcapacity of lubricant oil in 2017 cause melee

2019-11-05 15:03:09
Judging from the actual situation, as the international oil price continues to stabilize and rise, the domestic competition for refining energy continues to compete, and the consumption of refined oil products declines, China's refineries will face a more severe environment than in the previous two years.

In 2017, Chinaâ€™s oil refining capacity will change to a significant increase in the past two years. In Yunnan, Kunmingâ€™s Sinopec and Huizhou refinery in Huizhou will start construction in Phase II. Huabei Petrochemical expanded its 5-million-ton capacity and a total of 35 million tons of additional refining capacity awaited. 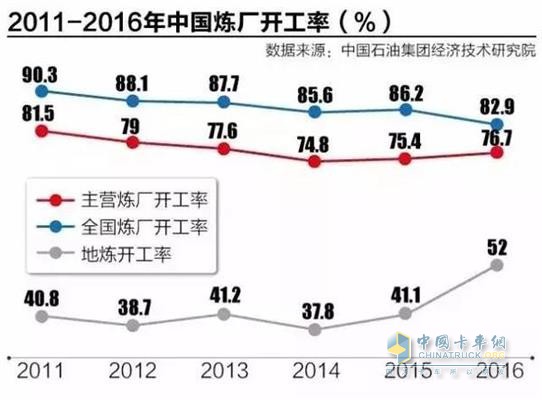 According to the statistics of PetroChina Institute of Economics and Technology, the apparent consumption of refined oil in 2016 was 313 million tons, down 1% year-on-year. For the Chinese refined oil consumer market, which is beginning to shrink, this kind of capacity expansion is obviously worthy of vigilance.

As early as the beginning of 2016, the China Petroleum and Chemical Association and China National Petroleum Corporation issued an early warning report on production capacity. The report shows that China's refining capacity has exceeded 120 million tons in the year. 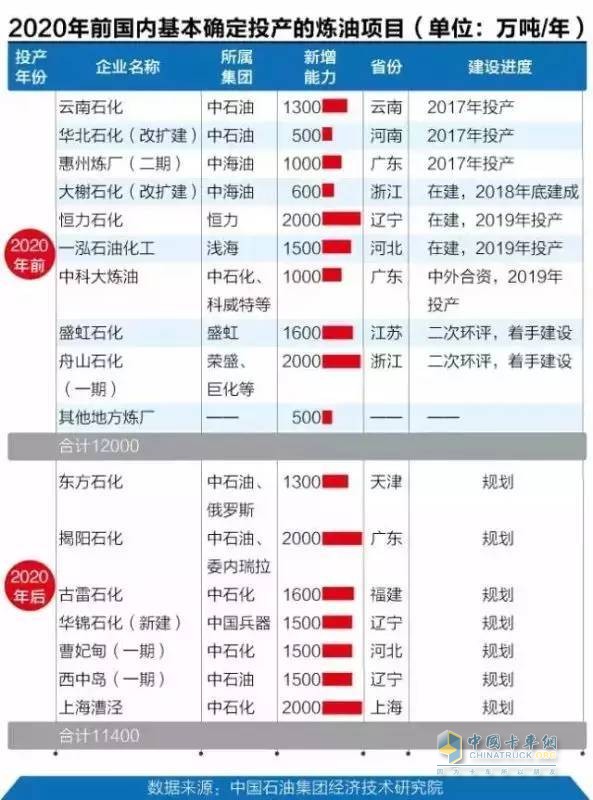 Judging from the actual situation, as the international oil price continues to stabilize and rise, the domestic competition for refining energy continues to compete, and the consumption of refined oil products declines, China's refineries will face a more severe environment than in the previous two years.

According to statistics, 14 of the 17 A-share listed petrochemical companies have made profits, and even 5 of them have seen a year-on-year increase in net profit of more than 100%, but half of the companies' net profits have fallen year-on-year.

â€œThe gross profit level of the global oil refining industry in 2017 is expected to be lower than 2016. As the Asia-Pacific region is still building and expanding a large number of refining projects, the refining margin in this area will be at a lower level in the world.â€ An Analyst from PetroChina Institute of Economics and Technology Said.

To practice: One of the three worlds has one

The main reason for this result was the unprecedented opening up of 2016 to the many restrictions that local refineries had faced.

â€œConstrained by the narrow import channels for crude oil, local refineries will not be willing to start operating or expand their expansion plans until 2016.â€ Analysts pointed out, â€œBefore 2016, the operating rate and production capacity have expanded rapidly.â€

Even some domestic oil product wholesalers are targeting this business opportunity, developing crude oil import channels for overseas development in the overseas market, and relying on their crude oil import rights to carry out the trade. "We have signed a contract worth 30 billion yuan with Russia, and use the crude oil import right of the country to sell Russia's light crude oil from Iran. The sales profit of each barrel can reach 3 US dollars." A person engaged in related trade told reporters .

At the same time, in order to obtain the above rights and interests, the local refinery needs to perform the same capacity replacement. That is, excess production capacity must be eliminated to obtain approval for the new production capacity and the rights to import crude oil. Therefore, some refineries have begun to purchase excess refining units outward.

The local mining industry has become increasingly active, both in terms of operating rate and market share. In 2016, the refining capacity of local refineries was 81.98 million tons, and the operating rate was 51.8%, a year-on-year increase of 11.3 percentage points, which was at a historical high.

Its market share has also been steadily rising. Its share has reached 23%, an increase of 4.1% year-on-year. Affected by local refineries, the domestic market share of the two giants (Sinopec and PetroChina) decreased from 90% in 2010 to 77.1% in the first 10 months of 2016.

â€œThere has been a big change in the market structure of refined oil products. Local refineries are currently actively promoting the integration of refining and sales, the branding of gas stations, the standardization of crude oil imports, and the addition of infrastructure infrastructure to promote the export of oil products.â€ Analytical analysts said.

Due to the diversification of the participants' participation, the refined oil market in 2017 will advance to a more fully competitive market. â€œIn 2017, an important feature of the refining and chemical industry is that it will advance in an orderly manner in the direction of marketization,â€ said the refinery industry expert.

As the most concentrated Bohai Rim region in China, this performance has been fully reflected in 2016.

â€œZonglian has a great impact on our sales,â€ said a person in charge of the state-owned oil sales company in Northeast China. According to another state-owned refinery official, the operating rate of the plant affected by local refineries has been maintained at about 70%, and it cannot be fully loaded.

In Shandong, where the concentration of ground refining is relatively concentrated, the competition in the refined oil wholesale market has been unprecedentedly increased.

In this case, each entity in the market is fighting each other and competes below the ceiling price stipulated by the NDRC. â€œIt can be said that the price competition below the maximum price of the NDRC is fully marketable,â€ she said. .

Once the "three barrels of oil" sales task is completed, they will increase the price of refined oil near the retail price limit. In this space, no matter if they are still practicing, they will usher in a relatively high period of profits in the fourth quarter.

This situation is finally reflected in the wholesale price. According to data released by PetroChina Institute of Economics and Technology and Shanghai Oil and Gas Trading Center, the wholesale price index of gasoline and diesel in 2016 has declined.

According to statistics, China's refined oil exports surged in the first 11 months of 2016. The export volume of the three major oil products (steam coal) was 29.64 million tons, an increase of 60.4%.

In this part of the finished oil exports, mainly from the state-owned refineries in China, that is, PetroChina and Sinopec related refineries. According to data from Anxix China, the 12 refining companies that obtained quotas for export of crude oil last year exported a total of less than 800,000 tons of finished oil, with a degree of completion of less than 50%.

In the eyes of an expert who has long been engaged in refinery planning, in 2017 the Chinese government will change the management of the original export and import quotas. â€œWhen the state allocates import and export rights, it adopts a step-by-step distribution measure. It is no longer the same as once in 2016. I think it is an improvement in refined management.â€ Meanwhile, the 2017 refinery in China will The downstream of the industrial chain is undergoing more in-depth development. â€œReducing the ratio of gasoline to diesel, increasing the output and proportion of high-value-added products as much as possible, and at the same time strengthening the capital operation in trade, and exporting to the target market in the absence of quality,â€ she said.

we can do Custom Roll Forming Machine.